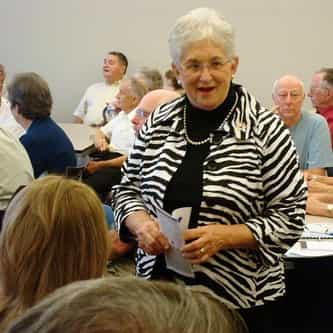 Virginia Ann Foxx (née Palmieri; June 29, 1943) is the U.S. Representative for North Carolina's 5th congressional district, which encompasses much of the northwestern portion of the state and a portion of Winston-Salem. Foxx is a member of the Republican Party and served as Secretary of the House Republican Conference from January 2013 until January 2017. She is the ranking member of the House Committee on Education and the Workforce. ... more on Wikipedia

Virginia Foxx IS LISTED ON