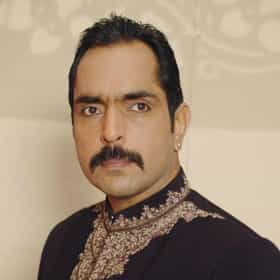 Vishwajeet Pradhan is an Indian Bollywood actor who has worked in many films including Yalgaar, Raaz, Karam, Zeher, Zakhm, and Lamhaa. Vishwajeet often plays the role of inspector or commissioner. Now he is playing an antagonist role of S.S.P Brahmanand Jakhar in Maryada: Lekin Kab Tak? on television. He is married to a fashion designer Sonalika Pradhan. They have two children, daughter Dhruvika and son Ojas. Vishwajeet and Shah Rukh Khan made their debut with Fauji serial in 1988. ... more on Wikipedia

Vishwajeet Pradhan is also found on...