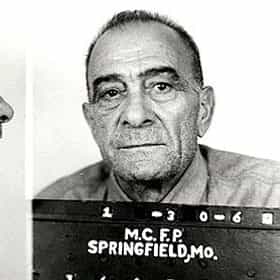 Vito "Don Vitone" Genovese (Italian: [ˈviːto dʒenoˈveːze, -eːse]; November 27, 1897 – February 14, 1969) was an Italian-American mobster who rose to power during Prohibition as an enforcer in the American Mafia. A long-time associate and childhood friend of Charles Luciano, Genovese took part in the Castellammarese War and helped shape the rise of the Mafia and organized crime in the United States. He would later lead Luciano's crime family, which was renamed the Genovese crime family by the authorities. He was known as Boss of all Bosses from 1957 to 1959 when he ruled one of the wealthiest, most dangerous, and most powerful criminal organizations in the world and maintained ... more on Wikipedia

Vito Genovese is also found on...