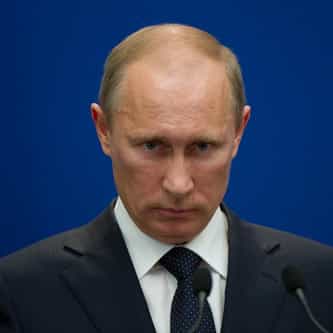 Vladimir Vladimirovich Putin (; Russian: Влади́мир Влади́мирович Пу́тин, romanized: Vladímir Vladímirovič Pútin; born 7 October 1952) is the President of Russia since 2012, previously holding the position from 2000 until 2008. In between his presidential terms, he was also the Prime Minister of Russia under president Dmitry Medvedev. Putin was born in Leningrad, Russian SFSR. He studied law at Leningrad State University, graduating in 1975. Putin was a KGB foreign ... more on Wikipedia

84.9k readers Vladimir Putin's Daughters Are Kept Under Such Secrecy, Nearly No One Knows Where (Or Who) They Are

Vladimir Putin IS LISTED ON