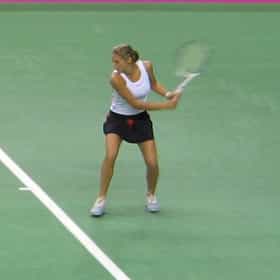 Vojislava Lukić (Serbian Cyrillic: Војислава Лукић, pronounced [lǔːkitɕ]; born 31 March 1987) is a retired Serbian tennis player. Born and raised in Subotica, she achieved her highest WTA rankings as world No. 203 in singles on 20 August 2007, and No. 223 in doubles on 8 October 2007. Lukić won eight ITF titles in singles and five in doubles. She also played for Serbia Fed Cup team in 2007, alongside Jelena Janković, Ana Jovanović and Ana Timotić.In 2008, after an ITF tournament in Alphen aan den Rijn, Lukić temporarily withdrew from professional tennis. Although she played doubles at the ITF tournament in Dubai in 2009 partnering with Bojana Jovanovski, she did not make a full ... more on Wikipedia