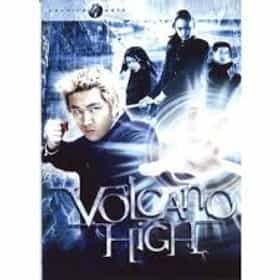 Volcano High, the original version, is a 2001 South Korean martial arts action comedy film in the same vein as Tenjho Tenge. It revolves around a troublemaking high school student named Kim Kyung-soo who finds himself transferred to the last school that will take him, the prestigious Volcano High, an institution whose students display an incredible talent in martial arts, with a few demonstrating even more mysterious psychic powers. Kyung-soo is drawn into fights between different clubs, a manuscript that is told to hold great power, and a group of teachers that will do whatever possible to keep the students in line. It was the 9th highest grossing Korean film of 2001 with 1,687,800 ... more on Wikipedia

Volcano High is ranked on...

Volcano High is also found on...