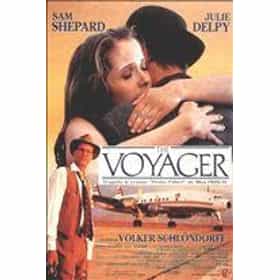 Voyager is a 1991 English-language drama film directed by Volker Schlöndorff, and starring Sam Shepard, Julie Delpy, and Barbara Sukowa. Adapted by screenwriter Rudy Wurlitzer from the 1957 novel Homo Faber by Max Frisch, the film is about a successful engineer traveling throughout Europe and the Americas whose world view based on logic, probability, and technology is challenged when he falls victim to fate, or a series of incredible coincidences. Voyager won the Bavarian Film Award for Best Production, the German Film Award for Shaping of a Feature Film, and the Guild of German Art House Cinemas Award for Best German Film. It was also nominated for three European Film Awards for ... more on Wikipedia

Voyager is ranked on...

Voyager is also found on...

Romance Movies and Films List of All Movies Released in 1991