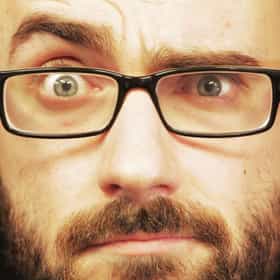 Michael David Stevens (born January 23, 1986) is an American educator, comedian, speaker, entertainer, editor and Internet personality, best known for creating and hosting the popular education YouTube channel Vsauce. His channel initially released video game-related content until the popularity of his educational series DOT saw discussions of general interest become the focus of Vsauce, encompassing explanations of science, philosophy, culture and illusion. As the host of Vsauce, Stevens has become one of the most successful YouTubers (with over 12 million subscribers and 1.2 billion views), as well as a leading figure in the Internet-driven popularisation of science and education. In ... more on Wikipedia

Vsauce is ranked on...

#44 of 58 The Most Popular YouTubers Of 2018 111k VOTES UPDATED: Check out the most popular YouTubers of 2019!  Much like social media platforms, YouTube has become a L...
#26 of 31 The Best Family YouTube Channels 13k VOTES Here is a list of the best family vloggers on YouTube. While some think of the video sharing site as rife with adult content...
#3 of 23 YouTube Stars Who Got Their Own TV Shows 475 VOTES Just when you thought you couldn't get enough of your favorite YouTube stars, they go ahead and get their own TV shows you c...
#17 of 154 The Best YouTubers Of All Time 296.3k VOTES With YouTube increasingly showing up in the headlines, some of the best YouTubers in the business are crossing over into the...