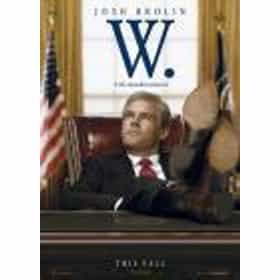 W is a 1974 suspense film directed by Richard Quine and produced by Mel Ferrer. It stars Twiggy, Dirk Benedict and Michael Witney. Within 24 hours, three near-death accidents have occurred. At the scene of each, the letter "W" was scrawled over the injured person. Also released under the title I Want Her Dead, Katie Lewis and her husband Ben discover that they are the targets of a mysterious killer who leaves the "W" mark at the scene of each near-fatal "accident." While trying to avoid death, the couple must struggle to discover the source of these attacks. This movie was Twiggy's first film appearance after 1971's The Boy Friend. ... more on Wikipedia

#38 of 41 35+ Great Political Movies Based on True Stories 785 VOTES Sometimes the truth is more entertaining than fiction, especially when it comes to films inspired by real-life political eve...
#55 of 58 The Best Political Drama Movies, Ranked 827 VOTES This list contains information on the best political drama movies, ranked from best to worst by user votes. The best politic...
#18 of 18 The Best Dirk Benedict Movies 182 VOTES List of the best Dirk Benedict movies, ranked best to worst with movie trailers when available. Dirk Benedict's highest gros...