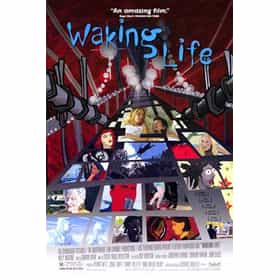 Waking Life is a 2001 American adult animated docufiction/drama film, directed by Richard Linklater. It was distributed by Fox Searchlight Pictures and it was the first animated film released by Fox Searchlight Pictures. The film explores a wide range of philosophical issues including the nature of reality, dreams, consciousness, the meaning of life, free will, and existentialism. Waking Life is centered on a young man who wanders through a variety of dream-like realities wherein he encounters numerous individuals who willingly engage in insightful philosophical discussions. Many questions are posed by the film: How can a person distinguish their dream life from their waking life? Do ... more on Wikipedia

Waking Life is ranked on...

Waking Life is also found on...