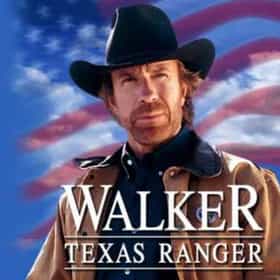 Walker, Texas Ranger is an American television series created by Leslie Greif and Paul Haggis. It was inspired by the film Lone Wolf McQuade, with both this series and that film starring Chuck Norris as a member of the Texas Ranger Division. The show aired on CBS in the spring of 1993, with the first season consisting of three pilot episodes. Eight full seasons followed with new episodes airing from September 25, 1993, to May 19, 2001, and reruns continuing on CBS until July 28, 2001. It has been broadcast in over 100 countries and has since spawned a made-for-television movie entitled Trial By Fire. The movie ended on a cliffhanger, which, as of 2014, has not yet been resolved. DVD ... more on Wikipedia

Walker, Texas Ranger is ranked on...