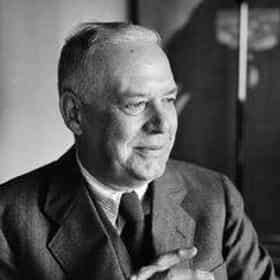 Wallace Stevens (October 2, 1879 – August 2, 1955) was an American modernist poet. He was born in Reading, Pennsylvania, educated at Harvard and then New York Law School, and he spent most of his life working as an executive for an insurance company in Hartford, Connecticut. He won the Pulitzer Prize for Poetry for his Collected Poems in 1955. Stevens's first period of writing begins with his 1923 publication of the Harmonium collection, followed by a slightly revised and amended second edition in 1930. His second period occurred in the eleven years immediately preceding the publication of his Transport to Summer, when Stevens had written three volumes of poems including Ideas of ... more on Wikipedia

Wallace Stevens is ranked on...

#7 of 110 The Best American Poets 9.1k VOTES Who is the best American poet? This list includes poets such as William Faulkner, Emily Dickinson, Maya Angelou, and Robert ...
#61 of 381 The Greatest Poets of All Time 752.9k VOTES Who are the best poets of all time? It includes poets such as Maya Angelou, Langston Hughes, William Shakespeare, and Sylv...
#73 of 88 The Best English Poets of All Time 12.5k VOTES Who is the best English poet? From the Renaissance, to the Jacobean era, to the Restoration, to the modern day, great Englis...
Famous People Whose Last Name Is Stevens 3.8k VIEWS Being a fairly common name, it's no surprise there are a lot of famous people with the last name Stevens. Do you recognize a...

Wallace Stevens is also found on...