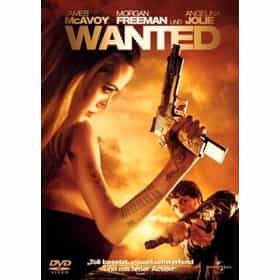 Wanted is a 2008 action film which is very loosely based on the comic book miniseries of the same name by Mark Millar. The film is directed by Timur Bekmambetov and stars James McAvoy, Morgan Freeman, Thomas Kretschmann, Terence Stamp, Angelina Jolie and Konstantin Khabensky. The storyline follows Wesley Gibson, a frustrated office worker who discovers that he is the son of a professional gun man and decides to join the entity in which he used to work, a secret guild called The Fraternity. ... more on Wikipedia

Wanted is ranked on...

Wanted is also found on...