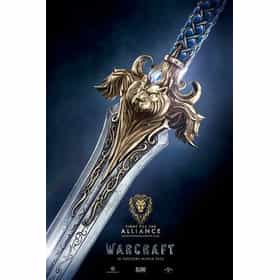 Warcraft is an upcoming 2016 American epic fantasy film. It is based on the Warcraft video game series and set in the world of Azeroth. The film was first announced in 2006 as a project partnership with Legendary Pictures. Filming began on January 13, 2014 and wrapped-up on May 23. The film is scheduled to be released by Universal Pictures on March 11, 2016. Duncan Jones is directing the film from a screenplay that he co-wrote with Charles Leavitt. Producers include Thomas Tull, Jon Jashni, Tessa Ross, Charles Roven, Alex Gartner, Stuart Fenegan, and Chris Metzen. The film will star Ben Foster, Travis Fimmel, Paula Patton, Dominic Cooper, Toby Kebbell and Rob Kazinsky. ... more on Wikipedia

Warcraft is ranked on...