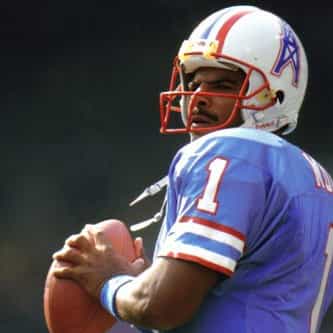 Harold Warren Moon (born November 18, 1956) is a former American and Canadian football quarterback who played professionally for 23 seasons. He spent the majority of his career with the Houston Oilers of the National Football League (NFL) and the Edmonton Eskimos of the Canadian Football League (CFL). Moon also played for the Minnesota Vikings, Seattle Seahawks, and Kansas City Chiefs in the NFL. Moon began his professional career with the Eskimos in 1978, after going unselected in the NFL ... more on Wikipedia

Warren Moon IS LISTED ON