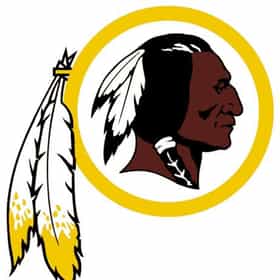 The Washington Redskins are a professional American football team located in the Washington, D.C. metropolitan area. The team belongs to the East Division of the National Football Conference in the National Football League. The team's home stadium is FedExField in Landover, Maryland. Its headquarters and training facility are at Redskins Park in Ashburn, Virginia, and the recently built Redskins Complex in Richmond, Virginia, respectively. The Redskins have played more than 1,000 games since 1932. The Redskins have won five NFL Championships. The franchise has captured 13 NFL divisional titles and six NFL conference championships. The Redskins won the 1937 and 1942 Championship games, ... more on Wikipedia

Washington Redskins is ranked on...