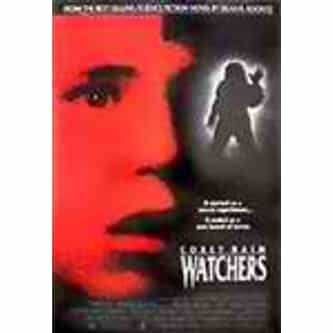 Watchers is a 1988 horror film starring Corey Haim, Michael Ironside, Barbara Williams and Lala Sloatman. It is loosely based on the novel Watchers by Dean R. Koontz. The film was shot in Vancouver, British Columbia, Canada, and grossed $940,173 in the United States. There have been three sequels released Watchers II, Watchers 3 and Watchers Reborn. ... more on Wikipedia

Watchers IS LISTED ON