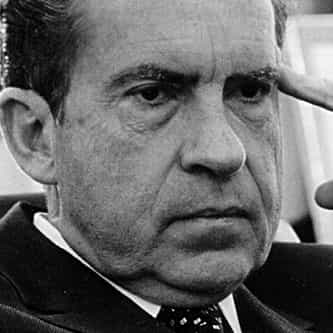 The Watergate scandal was a major political scandal that occurred in the United States in the 1970s as a result of the June 17, 1972, break-in at the Democratic National Committee headquarters at the Watergate office complex in Washington, D.C., and the Nixon administration's attempted cover-up of its involvement. When the conspiracy was discovered and investigated by the U.S. Congress, the Nixon administration's resistance to its probes led to a constitutional crisis. The term Watergate ... more on Wikipedia

Watergate scandal IS LISTED ON

#2 of 18
18.7k VOTES The Biggest, Most Notorious Government Cover Ups Ever
#1 of 17
461 VOTES Scandals That Ended with "-Gate"
#10 of 12
455 VOTES Historical Events You Most Wish You Could Learn About In Song
16.9k VIEWS Historical Events That Happen In The 'Watchmen' Universe