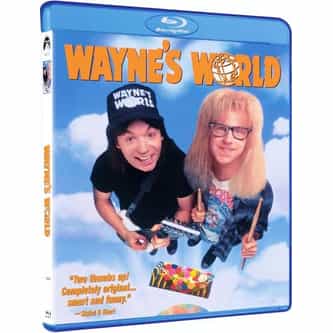 Wayne's World is a 1992 American comedy film directed by Penelope Spheeris and starring Mike Myers as Wayne Campbell and Dana Carvey as Garth Algar, hosts of the Aurora, Illinois-based public-access television cable TV show Wayne's World. The film was adapted from a sketch of the same name on NBC's Saturday Night Live. The film grossed US$121.6 million in its theatrical run, placing it as the tenth highest-grossing film of 1992 and the highest-grossing of the 11 films based on Saturday ... more on Wikipedia

79.2k readers Why Did It Take 20 Years For Dana Carvey To Forgive Mike Myers?

171.3k readers Behind The Scenes Of The 'Wayne’s World' Version Of 'Bohemian Rhapsody'

Wayne's World IS LISTED ON