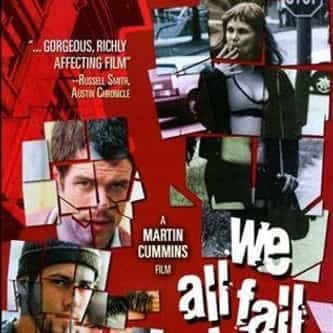 We All Fall Down

We All Fall Down is a Canadian drama film, directed by Martin Cummins and released in 2000. The film stars Darcy Belsher as Michael, a young man whose life enters a downward spiral after the death of his mother. The film's cast also includes Helen Shaver, Françoise Robertson, Nicholas Campbell, René Auberjonois, Barry Pepper, Mike Dopud and Ryan Reynolds. Shaver won the Genie Award for Best Supporting Actress at the 21st Genie Awards. ... more on Wikipedia

We All Fall Down IS LISTED ON