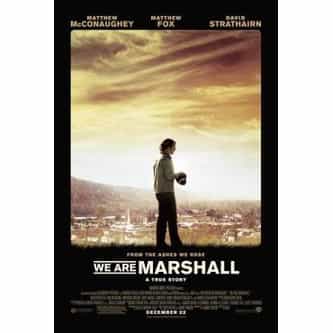 We Are Marshall is a 2006 American historical drama biopic film directed by McG. It depicts the aftermath of the 1970 incident that 37 football players on the Marshall University Thundering Herd football team, along with five coaches, two athletic trainers, the athletic director, 25 boosters, and a crew of five. It also addresses the rebuilding of the program and the healing that the community undergoes. ... more on Wikipedia

We Are Marshall IS LISTED ON