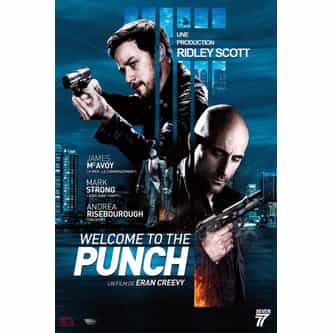 Welcome to the Punch

Welcome To The Punch is a British action thriller released on 15 March 2013 by Momentum Pictures in the UK and Ireland. Written by Eran Creevy, the script had been placed on the 2010 Brit List, a film-industry-compiled list of the best unproduced screenplays in British film. With seven votes, the film was placed third. The film is directed by Creevy, starring James McAvoy, Mark Strong, and Andrea Riseborough. ... more on Wikipedia

Welcome to the Punch IS LISTED ON