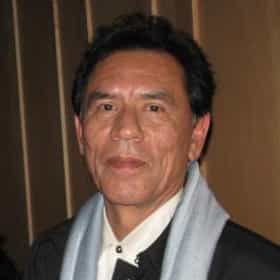 Wesley Studi (Cherokee: ᏪᏌ ᏍᏚᏗ; born December 17, 1947) is a Cherokee American actor and film producer who has won critical acclaim and awards, particularly for his portrayal of Native Americans in film. He has appeared in Academy Award-winning films, such as Dances with Wolves (1990) and The Last of the Mohicans (1992), and in the Academy Award-nominated films Geronimo: An American Legend (1993) and The New World (2005). He is also known for portraying Sagat in Street Fighter (1994). Other films he has appeared in are Hostiles, Heat, Mystery Men, Avatar, A Million Ways to Die in the West, and the television series Penny Dreadful. In 2019, he will receive an Academy Honorary Award, ... more on Wikipedia

Wes Studi is ranked on...

Wes Studi is also found on...