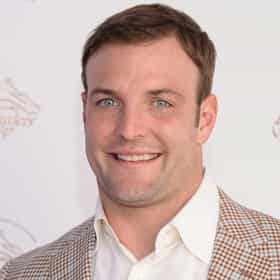 Wesley Carter Welker (born May 1, 1981) is a former American football wide receiver who is currently an assistant coach for the San Francisco 49ers of the National Football League (NFL). He played college football for the Texas Tech Red Raiders and was signed by the San Diego Chargers as an undrafted free agent in 2004. Welker went on to also play for the Miami Dolphins, New England Patriots, Denver Broncos, and St. Louis Rams. Despite being undrafted, Welker had a successful career. Only one player in NFL history, Gale Sayers, had more all-purpose yards in his first three NFL seasons than Welker did with the Dolphins; Welker holds the Dolphins' all-time records for total kickoff ... more on Wikipedia

Wes Welker is ranked on...

Wes Welker is also found on...