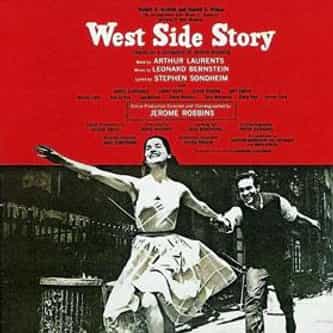 West Side Story is an American musical with a book by Arthur Laurents, music by Leonard Bernstein, libretto/lyrics by Stephen Sondheim, and conception and choreography by Jerome Robbins. It was inspired by William Shakespeare's play Romeo and Juliet. The story is set in the Upper West Side neighborhood in New York City in the mid-1950s, an ethnic, blue-collar neighborhood. The musical explores the rivalry between the Jets and the Sharks, two teenage street gangs of different ethnic ... more on Wikipedia

Annie Get Your Gun