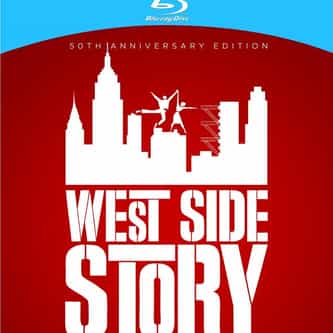 West Side Story is a 1961 American romantic musical drama film directed by Robert Wise and Jerome Robbins. The film is an adaptation of the 1957 Broadway musical of the same name, which in turn was inspired by William Shakespeare's play Romeo and Juliet. It stars Natalie Wood, Richard Beymer, Russ Tamblyn, Rita Moreno, and George Chakiris, and was photographed by Daniel L. Fapp, A.S.C., in Super Panavision 70. Released on October 18, 1961 through United Artists, the film received high ... more on Wikipedia

lists about West Side Story

75.1k readers The Behind-The-Scenes Of 'West Side Story' Was Plagued With More Hatred Than The Movie Itself

901 votes Every Song in West Side Story, Ranked by Singability