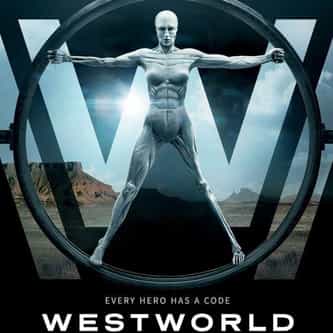 Westworld (HBO, 2016) is an American science fiction western thriller television series created by Jonathan Nolan and Lisa Joy, and based on the 1973 film. In a technologically advanced Wild West-themed amusement park populated by android hosts known as Westworld, high-paying guests are encouraged to indulge in whatever they wish within the park, without fear of retaliation from the hosts. ... more on Wikipedia

17 votes Everything That Happened In 'Westworld' Season 3, Episode 1, 'Parce Domine'

353 votes What to Watch If You Love Westworld

1k readers What To Remember Before 'Westworld' Season 3

410 votes The Best Episodes Of 'Westworld'

2.2k votes What Would You Do in Westworld?

845 readers The 'Westworld' Site Is Filled With Hidden Clues, Games, Trailers, And Insights

Westworld IS LISTED ON