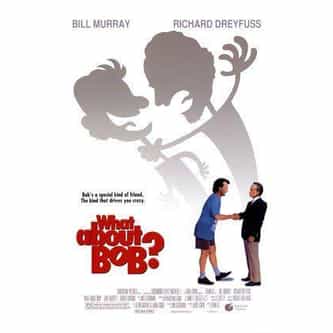 What About Bob? is a 1991 comedy film directed by Frank Oz, and starring Bill Murray and Richard Dreyfuss. Murray plays Bob Wiley, a psychiatric patient who follows his egotistical psychiatrist Dr. Leo Marvin on vacation. When the unstable Bob befriends the other members of Marvin's family, it pushes the doctor over the edge. This film is number 43 on Bravo's "100 Funniest Movies". ... more on Wikipedia

What About Bob? IS LISTED ON