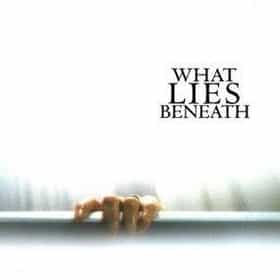 What Lies Beneath is a 2000 American psychological thriller film directed by Robert Zemeckis. It is the first film by ImageMovers. It stars Harrison Ford and Michelle Pfeiffer as a well-to-do couple who experience a strange haunting that uncovers secrets about their past. The film opened in 2,813 theaters in North America and grossed $29,702,959. The film received mainly mixed reviews, and received three Saturn Award nominations. ... more on Wikipedia

What Lies Beneath is ranked on...

What Lies Beneath is also found on...