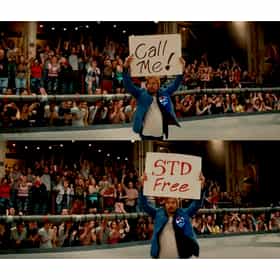 Whip It is a 2009 comedy-drama film written by Shauna Cross, based on her novel Derby Girl. The film is directed and co-produced by Drew Barrymore in her directorial debut. It stars Ellen Page as a teenager from the fictional town of Bodeen, Texas, who joins a roller derby team. The film received generally positive reviews from critics but was a box office disappointment, making $16.6 million worldwide against its $15 million budget. ... more on Wikipedia

Whip It is also found on...