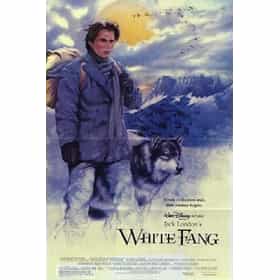 White Fang is a 1991 American adventure film directed by Randal Kleiser, starring Ethan Hawke, Klaus Maria Brandauer and Seymour Cassel. Based on Jack London's novel White Fang, it tells the story of the friendship between a Yukon gold hunter and a wolfdog. White Fang is portrayed by a wolfdog, Jed, who also appeared in such films as The Thing and The Journey of Natty Gann. A sequel to the film, White Fang 2: Myth of the White Wolf, was released in 1994. ... more on Wikipedia

White Fang is ranked on...

White Fang is also found on...