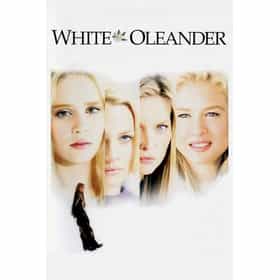 White Oleander is a 2002 American drama film directed by Peter Kosminsky. The cast features Alison Lohman in the central role of Astrid Magnussen, and Michelle Pfeiffer as her temperamental mother Ingrid, alongside Renée Zellweger, Robin Wright Penn, Billy Connolly and Patrick Fugit in supporting roles. The screenplay was adapted from the novel of the same name by Janet Fitch, which was selected for Oprah's Book Club in 1999. ... more on Wikipedia

White Oleander is ranked on...

White Oleander is also found on...