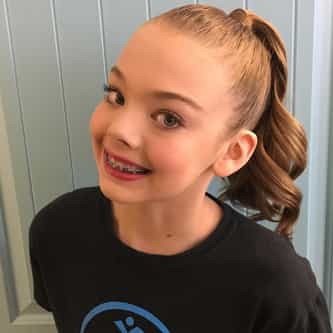 Whitney Bjerken (born March 4, 2005) is a National, state and regional winning artistic gymnast with a gymnastics-centric YouTube channel. At the age of 10, she was a member of the U.S. National TOPs B Team. Her first accomplishment came in 2012 at Level 4 when she became a Georgia AA State Champion. She has earned more than 900,000 subscribers on her self-titled channel. She has a younger sister named Blakely who is featured on her channel. She also has brothers named Sterling and

Whitney Bjerken IS LISTED ON