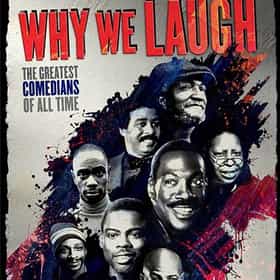 "Timely, insightful, and downright funny, Why We Laugh: Black Comedians on Black Comedy is a sweeping account of the evolution of black comedy in America. Inspired by comedian Darryl Littleton’s book, directors Robert Townsend and Quincy Newell have crafted a no-holds-barred documentary that is both an insider’s take and a critical examination of the cultural influence of black comedy.Townsend and Newell enrich this hilarious and spectacularly archived film by including interviews with prominent scholars, politicians, cultural critics, and a host of notable comics, including Bill Cosby, Chris Rock, Keenan Ivory Wayans, and Eddie Griffin. Why We Laugh tracks the way black comedy