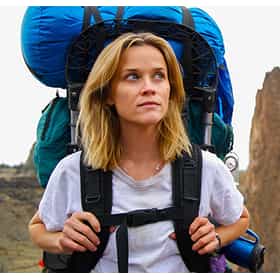 Wild is a 2014 American biographical drama film directed by Jean-Marc Vallée, written by Nick Hornby, and based on Cheryl Strayed's 2012 memoir Wild: From Lost to Found on the Pacific Crest Trail. The film stars Reese Witherspoon as Strayed, alongside Laura Dern, with Thomas Sadoski, Michiel Huisman and Gaby Hoffmann among several others in supporting roles. The film premiered at the Telluride Film Festival on August 29, 2014 and was released theatrically on December 3, 2014 in North America. Wild opened to positive critical reviews, with much praise going toward the performances of Reese Witherspoon and Laura Dern. Both actresses received Academy Award nominations for their ... more on Wikipedia

Wild is ranked on...