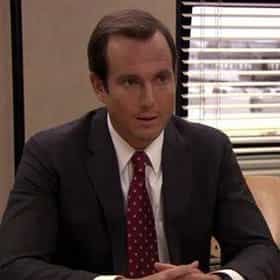 William Emerson Arnett (born May 4, 1970) is a Canadian-American actor, voice actor, comedian and producer. He is best known for his role as George Oscar "Gob" Bluth II in the Fox/Netflix series Arrested Development (2003–2006, 2013, 2018–2019), for which he was nominated for a Primetime Emmy Award for Outstanding Supporting Actor in a Comedy Series. He has appeared in films such as Blades of Glory (2007), Hot Rod (2007) and Teenage Mutant Ninja Turtles (2014). His performance as Devon Banks in 30 Rock earned him four Primetime Emmy Award for Outstanding Guest Actor in a Comedy Series nominations. His distinct, robust baritone voice has landed him prolific roles within ... more on Wikipedia

lists about Will Arnett

26 Fun Facts to Know About Will Arnett 24.9k views Will Arnett… tall, tan, foreign, and mysterious. He played everyone’s favorite failed magician as G.O.B. Bluth on Arrested D...
The Best Will Arnett Movies 464 votes List of the best Will Arnett movies, ranked best to worst with movie trailers when available. Will Arnett's highest grossing...
Hot Will Arnett Photos 1.6k votes The best Will Arnett pictures from around the Internet including all the hottest shots of the actor best known as older brot...

Will Arnett is ranked on...

Will Arnett is also found on...