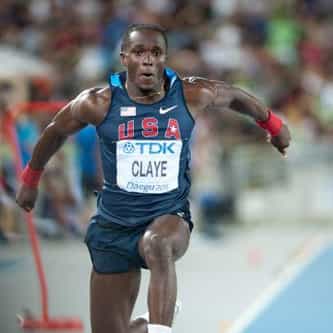 Will Claye is an American track and field athlete of Sierra Leonean descent who competes in the long jump and triple jump. He won a bronze medal in 2011 World Championships in Athletics in Daegu, South Korea and the gold medal at the 2012 IAAF World Indoor Championships in Istanbul. In his Olympic debut at the 2012 Summer Olympics in London, Claye won a bronze medal in long jump and a silver medal in triple jump. Will was two time Arizona high school champion in the triple jump, ... more on Wikipedia