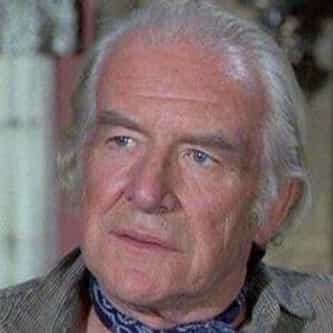 Will Geer (born William Aughe Ghere, March 9, 1902 – April 22, 1978) was an American actor and social activist, who was active in labor organizing and other movements in New York and Southern California in the 1930s and 1940s. In California he befriended rising singer Woody Guthrie. They both lived in New York for a time in the 1940s. He was blacklisted in the 1950s by HUAC for refusing to name persons who had joined the Communist Party. Geer acted on stage in New York and eastern ... more on Wikipedia

Will Geer IS LISTED ON