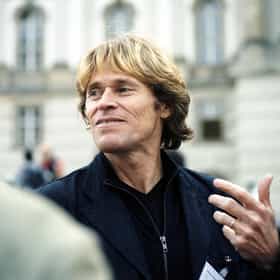 William James "Willem" Dafoe (born July 22, 1955) is an American actor. Dafoe has received multiple awards and nominations, including four Academy Award nominations. Dafoe has frequently collaborated with filmmakers Paul Schrader, Abel Ferrara, Lars von Trier, and Wes Anderson. Dafoe is a founding member of experimental theater company The Wooster Group, where he acted in several productions. Dafoe made his film debut in Heaven's Gate in 1980, but was fired during production. Dafoe had his first leading role in the outlaw biker film The Loveless (1982) and then played the main antagonist in Streets of Fire (1984) and To Live and Die in L.A. (1985). Dafoe received his first ... more on Wikipedia

Willem Dafoe is ranked on...

Willem Dafoe is also found on...