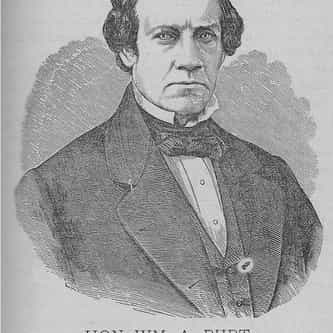 William Austin Burt (June 13, 1792 – August 18, 1858) was an American inventor, legislator, surveyor, and millwright. He was the inventor, maker and patentee of the first typewriter constructed in America. He is referred to as the "father of the typewriter". Burt also invented the first workable solar compass, a solar use surveying instrument, and the equatorial sextant, a precision navigational aid to determine with one observation the location of a ship at sea. ... more on Wikipedia