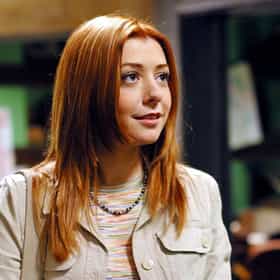 Willow Rosenberg is a fictional character created for the fantasy television series Buffy the Vampire Slayer. She was developed by Joss Whedon and portrayed throughout the TV series by Alyson Hannigan. Willow plays an integral role within the inner circle of friends—called the Scooby Gang—who support Buffy Summers, a teenager gifted with superhuman powers to defeat vampires, demons, and other evil in the fictional town of Sunnydale. The series begins as Buffy, Willow, and their friend Xander are in 10th grade and Willow is a shy and nerdy girl with little confidence. She has inherent magical abilities and begins to study witchcraft; as the series progresses, Willow becomes more sure of ... more on Wikipedia

Willow Rosenberg is ranked on...