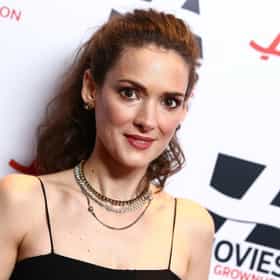 Winona Laura Horowitz (born October 29, 1971), known professionally as Winona Ryder, is an American actress. She is the recipient of a Golden Globe Award and has been nominated for two Academy Awards, a BAFTA Award, and four Screen Actors Guild Awards. Following her film debut in Lucas (1986), Ryder came to attention with her performance in Tim Burton's Beetlejuice (1988). She rose to prominence with starring roles in such films as Heathers (1988), Mermaids (1990), Edward Scissorhands (1990), and Bram Stoker's Dracula (1992). Her career was further enhanced when she garnered critical acclaim and two consecutive Academy Award nominations for her portrayal of socialite May Welland in ... more on Wikipedia

Winona Ryder is ranked on...

Winona Ryder is also found on...