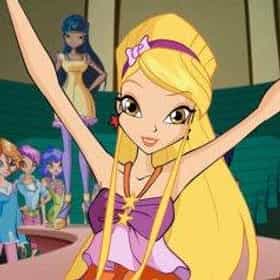 Winx Club is an Italian animated television series directed, created and produced by Iginio Straffi and his company Rainbow S.r.l. in co-production with Rai Fiction. It is part of the larger Winx Club franchise. The series is the first Italian cartoon to be sold in the United States. According to Iginio Straffi's website, "Winx Club is an action and fantasy show combined with comedic elements. In the mystical dimension of Magix, three special schools educate modern fairies, ambitious witches, and supernatural warriors or specialists, and wizards from all over the magical universe. Winx Club is Iginio Straffi's most successful creation besides the other series Straffi ... more on Wikipedia

The Best Winx Club Episodes 2.1k votes List of the best Winx Club episodes, as voted on by other fans of the series. If you're not familiar with the show, Winx Clu...

Winx Club is ranked on...