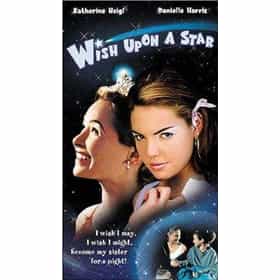 Wish Upon a Star

Wish Upon a Star is a 1996 television film directed by Blair Treu, written by Jessica Barondes, and starring Katherine Heigl and Danielle Harris. It focuses on two teenage sisters that magically swap bodies because of a wish made on a shooting star. They spend several days living each other's life, sometimes with the intent to sabotage the other's reputation and achievements, but they learn to appreciate and help each other along the way. The tagline to this movie is "I Wish I May, I Wish I Might, Become My Sister For A Night!" ... more on Wikipedia

Wish Upon a Star is ranked on...

Wish Upon a Star is also found on...