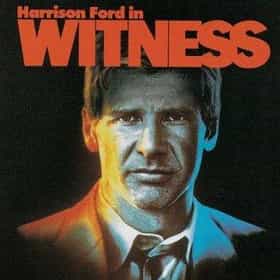 Witness is a 1985 American thriller film directed by Peter Weir and starring Harrison Ford and Kelly McGillis. The screenplay by William Kelley, Pamela Wallace, and Earl W. Wallace focuses on a detective protecting a young Amish boy who becomes a target after he witnesses an incident in Philadelphia. The film was nominated for eight Academy Awards and won two, for Best Original Screenplay and Best Film Editing. It was also nominated for seven BAFTA Awards, winning one for Maurice Jarre's score, and was also nominated for six Golden Globe Awards. ... more on Wikipedia

Witness is ranked on...

Witness is also found on...