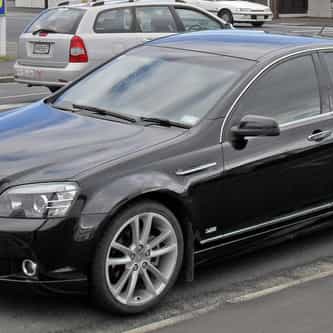 The Holden Statesman (WM) and Holden Caprice are a line of full size luxury cars produced by the General Motors Australian subsidiary, Holden since September 2006. The range debuted alongside the VE Commodore on 16 July 2006 at the Melbourne Convention Centre. With the Statesman's export plans, it was felt that its launch should be simultaneous with that of the Commodore, rather than months later, as had been the choice. Holden has exported this series to the Middle East as the Chevrolet ... more on Wikipedia