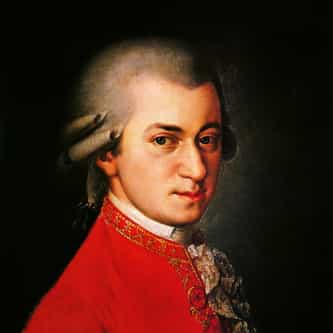 Wolfgang Amadeus Mozart (27 January 1756 – 5 December 1791), baptised as Johannes Chrysostomus Wolfgangus Theophilus Mozart, was a prolific and influential composer of the classical era. Born in Salzburg, Mozart showed prodigious ability from his earliest childhood. Already competent on keyboard and violin, he composed from the age of five and performed before European royalty. At 17, Mozart was engaged as a musician at the Salzburg court but grew restless and travelled in search of a ... more on Wikipedia

Wolfgang Amadeus Mozart IS LISTED ON