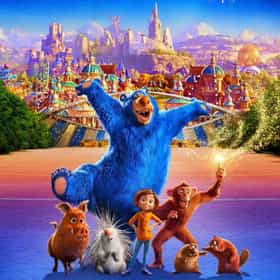 Wonder Park is a 2019 American-Spanish computer animated adventure comedy film directed by David Feiss. A young creative girl named June (Brianna Denski) finds an incredible amusement park filled with fantastical rides and funny, talking animals called Wonder Land that was abandoned in the woods, but soon realizes that the park came from her imagination, and she is the only one who can save the magical place and revive the wonder with the help of the animals. ... more on Wikipedia

Wonder Park is ranked on...