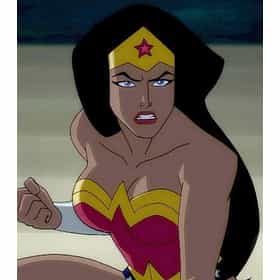 Wonder Woman is a 2009 direct-to-DVD animated superhero film focusing on the superheroine of the same name. The plot of the film is loosely based on George Pérez's reboot of the character, specifically the "Gods and Mortals" arc that started the character's second volume in 1987. It is the fourth in the line of DC Universe Animated Original Movies released by Warner Premiere and Warner Bros. Animation. The film is directed by Lauren Montgomery, who directed the second act of Superman: Doomsday and did storyboard work for Justice League: The New Frontier, and written by Gail Simone and Michael Jelenic. As with all previous releases in this line of films, it is produced ... more on Wikipedia

Wonder Woman is ranked on...

Wonder Woman is also found on...