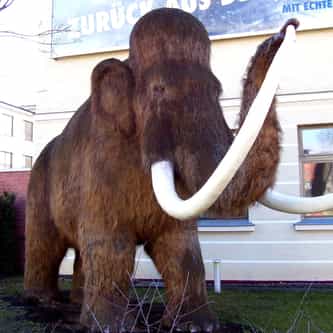 The woolly mammoth (Mammuthus primigenius) is an extinct species of mammoth that lived during the prehistoric or ice age Pleistocene until its extinction in the early Holocene epoch. It was one of the last in a line of mammoth species, beginning with Mammuthus subplanifrons in the early Pliocene. The woolly mammoth diverged from the steppe mammoth about 400,000 years ago in East Asia. Its closest extant relative is the Asian elephant. The appearance and behaviour of this species are among ... more on Wikipedia

Woolly Mammoth IS LISTED ON

#1 of 17
10.3k VOTES Which Extinct Species Would You Bring Back From The Dead?